Ready to get started?

TThis month’s #NurseBloggers2020 blog topic is all about nursing myths.  This blog post focusses on how the media portrays nursing and how this influences the public perception of nursing, perpetuating an outdated and inaccurate vision of nurses and nursing generally.

I was driving listening to my usual radio station and at the news break, they reported on a story of a nurse who gave inappropriate advice over the phone to a patient who had called a health hotline for some advice regarding pain relief. After the news bulletin had ended the hosts then started a discussion about what was and wasn’t appropriate advice for the nurse to give. Without going into too much detail the conversation descended into a stereotypical discussion about the roles of nursing and particularly women as nurses. Sadly there is still too much of this kind of story played out on a daily basis.

During the pandemic, there have been many references to nurses being ‘Angels, Hero’s and even superheroes but very little reference to highly trained, capable highly qualified professional people that they are.

If you do a quick google search on nursing ‘quotes’ the majority of the results talk about heroes, angels born to care for others, aligned to God. Sadly these outweigh any quotes that speak of nurses being highly trained, highly qualified and competent, confident practitioners that often leading the way in nursing.

The role of the media

A discussion paper published in the Journal of Advanced Nursing in 2013 found that the media plays a large part in perpetuating stereotypes of nurses. Nurses are often portrayed as angels of mercy, The doctor’s handmaiden, battleaxe and sexy nurse. As a result, the paper argues that the public perception of nursing is of a feminine and caring profession and that nurses are generally prized for their virtues, not their knowledge. This paper also acknowledges that;

If as Hoeve et al suggest; a nurses identity is derived from their public image, paradoxically this makes it even harder for nurses to give an honest account of the challenges that modern-day nurses face in their careers. If the public perception is one of superhero status a more realistic picture of modern-day nursing has the potential to shatter that status.

Stereotyping is not solely a nursing issue and is also found across many health care professions. Many female Doctors experience being mistaken for nurses by the general public just by the very fact that they are female. Many student nurses want to work in ED, ICU or a similar high tech area and sometimes struggle with the transition to a high care trauma care environment. I often wonder how many students may have been influenced by the media and what they watch before becoming a student nurse and if this has a role in them choosing which direction they want to take in their careers.

If we stop and think about the major TV series such as Chicago Med, The Good Doctor, The Resident, Holby city, for example, they all depict a high tech critical care area with lots of action with the nurse taking on more of an assistant role rather than an autonomous highly qualified practitioner. Popular shows like ‘Call the Midwife’ don’t do much to portray modern day midwifery and hark back to a long-gone era. This is not the modern-day reality of a busy overstretched midwife.‘

One born every minute’ gives more real-time insight into the roles of midwives. How much these shows influence public perception about nurses and their roles is an under-researched area but they remain popular with the general public. They also influence the public perception of nursing.

Most TV shows don’t show the reality of modern-day nursing. The long hours, the exhaustion, the extra shifts, the high sickness rates, the mental health struggles and dealing with vicarious trauma. They don’t depict the self-sacrificing approach that many nurses make, often putting others needs before their own.

There are many great nurses doing great things that we don’t often hear about. There are many emerging nurse entrepreneurs who have their own businesses and are driving innovation in nursing, yet we very rarely hear about the work that they are doing.

Which leads me to my next question. Why is that and what is holding nurses back from sharing their achievements?

I am part of a Linkedin group #thenurseclub that aims to provide a platform for nurses to work collaboratively and promote the work that they are doing. This group has nurses from all over the globe and includes nurse entrepreneurs. There have been lots of interesting discussions and comments and articles posted. One post that generated a lot of discussions was about trying understanding why nurses don’t use Linkedin as a platform to showcase the good work that they are doing.

The discussion identified that nurses don’t tend to self promote and as a result, this may be perpetuating an outdated perception of nursing and nurses. There are perhaps many reasons holding nurses back from promoting themselves and the innovative work that they do. Some of the suggestions put forward in the LinkedIn discussion were that nurses find it difficult to share their achievements as this could be perceived as ‘blowing your own trumpet’.

A positive workplace culture that encourages nurses to self promote is one that gives compliments when compliments are due. A culture that focusses performance on what is done well, rather than what is lacking. Likewise, if the team doesn’t hear the leader telling someone that they have done a great job on a regular basis this can discourage staff acknowledging when someone has done a great job and from self-promoting.

There may be a workplace culture that restricts nurses from talking about the reality of their role with all the difficulties and challenges that the role brings. The stark reality is that many nurses suffer from overwhelm, exhaustion, stress and burnout and this is not often spoken about. Not speaking about these issues may also be tangled up with how nurses may be perceived by their colleagues if they admit to struggling with the pressures in nursing. Perhaps being seen as not up to the job or unable to cope with the demands of the job.

The tall poppy syndrome is another reason that nurses may not self-promote. The term ‘Tall Poppies” is used in Australia and New Zealand. It describes someone who is seen to be charging ahead to climb the promotion ladder through self-promotion. I suspect that this is not just an antipodean phenomenon and exists in other countries but perhaps is not talked about and remains hidden.

If a nurse is perceived to be rising like a tall poppy they can be chopped back for what might be seen as blowing their own trumpet! This can make life at work really difficult so they stop self-promoting and keep their head down to divert attention away from themselves and their achievements. I would like to offer a different perspective on tall poppies that views them as a positive and can help to foster a culture of self-promotion in teams.

If you have a psychologically safe environment your team thrives. Psychological safety is like the best soil that you can have to encourage your poppies to grow Some poppies will grow faster and taller quicker than others and some poppies need nurturing, mentorship and support to reach their potential tall poppy height. If the soil has all the right components and the short poppies are carefully cultivated, there is no limit to how high the poppies can grow!!

In attempting to bust some of these myths it is evident that there is not one single approach to changing public perception or influencing the media to represent modern contemporary nursing. The nursing profession as a professional body needs to highlight the diversity of modern nursing roles. They have a pivotal role in promoting an accurate portrayal of nursing in the media. There are so many avenues and choices that the nurses of today have and these roles need to be talked and written about and shared with the wider public. There is very little that recognises nurses involvement and contribution to research and innovation and particularly entrepreneurship.

I have noticed an increase in nurse-led podcasting over the last year or so. Podcasts are a platform to connect with a wider global audience, change public perceptions and share some of the reality of nursing in 2020.

In interviewing nurses for my Podcast Real Nurse Stories, I provide nurses with an opportunity for a nurse to talk about their nursing career. The purpose of the interview is to provide an insight for the public about the work and the struggles that affect modern-day nurses. To challenge some of those negative stereotypical images of nursing and provide more of a realistic view of the profession. What is also really interesting is that many of the nurses who have told their stories have commented on the therapeutic benefits of telling their story. Many nurses have also commented about the positive benefits of providing a platform to share modern-day nursing reality and that there is a need for more opportunities to do this.

Changing perceptions from an early age

There is a need to start to educate young children early in their education about nursing and nursing roles. A partnership approach between local health care providers and local schools that aims to educate young children about modern-day nursing would be a great starting place. This would enable a better understanding of nursing as a profession, the many different opportunities and roles that exist and an understanding that modern nursing is no longer a gendered profession.

Health care organisations have a role in empowering nurses to showcase the work that they do. They have a responsibility to facilitate opportunities for nurses to work with the media to change public perceptions. A more flexible approach is required That allows the sharing of some of these nursing stories.

The role of Educational providers

Educational providers also have a role in modernising the nursing curricula to better reflect contemporary modern-day nursing roles. There are still too many curricula that have largely remained the same over many nursing cohorts. They also have a role in empowering nursing students to be able to articulate and speak about the diversity in nursing once they qualify. The fact that many nurses now write blogs is a positive step forward and this needs to be encouraged.

The #NurseBoggers2020 has given a voice to many nurses who may not have considered taking to blog writing over the last year. There have and continue to be some fantastic articles that demonstrate that the nursing profession has the skill and ability to influence public and media perceptions of nursing as we move forward beyond 2020.

Eva is a nurse and a coach working with Nurses and Midwives. I teach leadership skills to nurses and midwives to develop the confidence to be able to stand up for their needs in the workplace. 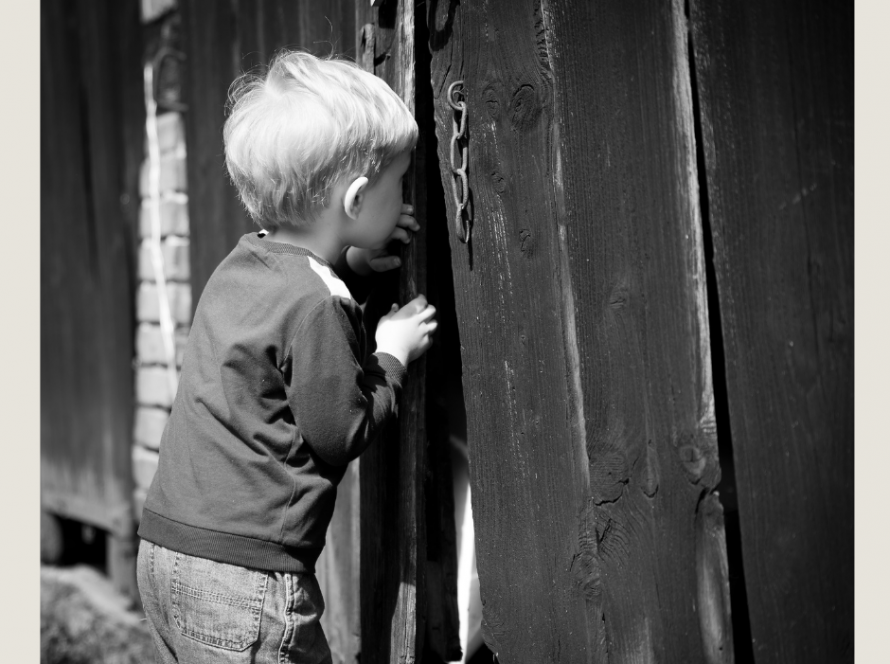 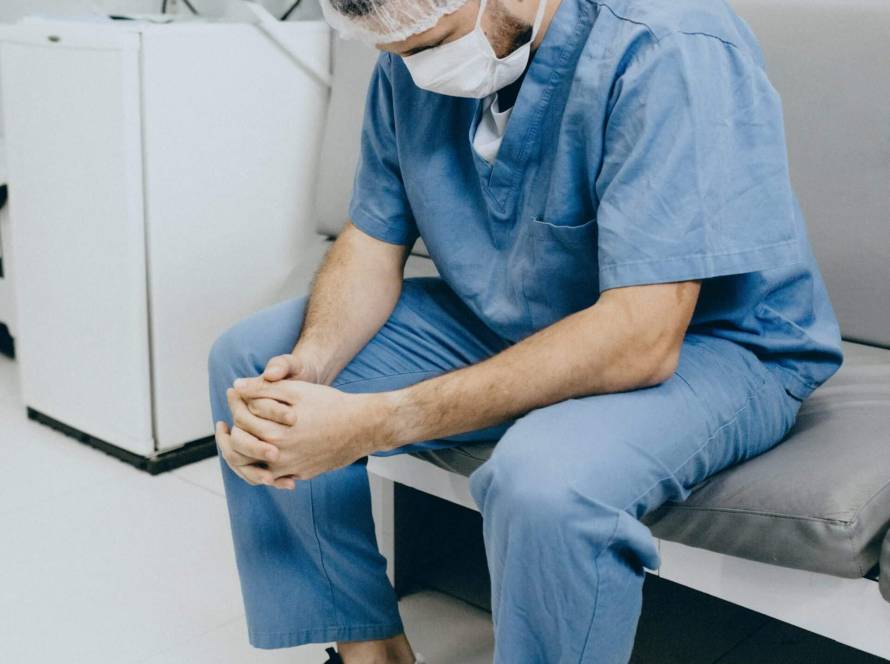 The Trouble in Nursing